You are here: Home / News and events / The Basic Introduction of Double Voltage Stepper Motor Driver

The steppe motor driver can be used in the NMEA 23, 34 stepping motor. As a type of driver, what is the unique characteristic of the double voltage stepper driver? 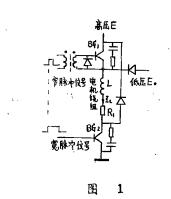 Picture 1 shows is the common used double voltage stepper motor diver. It’s the advantage is that:

(1) Greatly improving the frequency characteristic of the motor.

Its disadvantage is that:

(1) The price of high back pressure power tube BG1, BG2 is expensive.

So, protecting the normal working of a high back pressure power tube is very important. Not only can it improve the reliability of the circuit, but also it has economic value.

Picture 2 draws the waveform and parameter of winding current IL. When the circuit is turned on and off, the equivalent resistance is also expressed by Ron and Roff.

2, The Broken and Prevention of Power tube in the circuit: 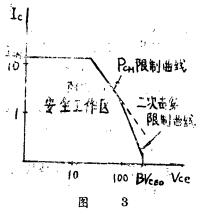 According to the above, the prevention method is:

According to the above, the over-current factor in the circuit of the stepping motor has been introduced. In the complex working environment, as long as the unreasonable conduction has been triggered by high voltage, that is to say, when the BG2 is turned on, the BG1 is not turned on, the status of over-current will occur, which will contribute the happen of thermal breakdown.

The example shows in picture 4:

a) The status of a narrow pulse signal is too wide.

b) Interference signal or double signal contribute to two conduction of BG1.

c) The short circuit of the transistor forms the condition of BG1 conduction which is pushed by the transformer.

The over-current in a) and b) is triggered by abnormal pulse. When the IL is larger than ILon, turning off the BG1, over-current status can be solved.

The over-current in c) and d) is triggered by the broken circuit. When the IL is less than Icm, turning off BG2 or motor is required.

(2), The Prevention of Second Breakdown

The second breakdown problem focuses on the off-statue of the circuit. In the condition of turning-off, it can be considered that the decrease of winding current is in the status of the index curve. Its peak potential is proportional to ILoff*Roff. Stable and relatively small ILoff can protect the driver from damage. So the above-mentioned current limit and over-current protection are also valid to prevent the second breakdown.

(3), The Prevention of High-Frequency Work

The high-frequency work means: continuous and instantaneous. To avoid the parasitic oscillation of the propeller can eliminate the former. Limiting input signal and frequency, that is, the signal is blocked for some time, and the small interval double pulse signal, which can eliminate the latter.

In terms of the safe working of the power tube, the qualitative analysis and protection method are required, but their effect is synthetic. For example, the parallel current limit is also beneficial to the stability of the motor operation.

3, The Introduction of Practical Circuit

In the normal working status, the circuit as small as a common double voltage driver. The wide pulse signal mostly passes through the non-gate or two-level gate of photoelectric coupling. The narrow pulse signal is produced by the driver. The working frequency of the motor is 1.5 kc, the status is I II, it can lock phase. 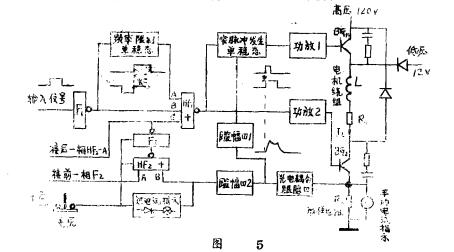 The blockade door is composed of the frequency which limits monostability and HF1-A, the blocking time - monstability width is 3ms. The start time corresponds to the back edge of input signal, which can eliminate the high-frequency signal in the instantaneous status. The blockade door can not greatly improve the working error triggered by the motor.

The analog voltage signal(IL) which isolates from the drive circuit is obtained by the sampling resistor, photoelectric coupling follower, which is the input signal of amplitude discriminator for current limiting and overcurrent protection.

sampling resistor 1 corresponds to the IL=11A. Taking advantage of the former edge of the output signal to trigger the monostability reversion of narrow pulse. That is, turning off narrow pulse signal and BG1, to achieve the goal of limiting current. At this time, the motor is in the working status. sampling resistor 2 corresponds to the IL=14A, the output is a positive pulse. It goes through HF2-B, F2, HF1- C to turn off the phase signal. That is, turning off BG2. and it lights over-current indicator lamp, which realizes the goal of over-current protection and gives indicators. At the same time, The outputs positive potential, and through F2 , HF1 - C, the signal turns off. According to this, by the phase sequence, the signal of each phase is cut off, stopping the phase. Pressing the reset button can release interlock, which is also convenient for checking.

The completion of the above-mentioned protection solution is achieved by controlling the small signal.