You are here: Home / News and events / The Application of Closed Loop Stepper Motor

For closed-loop stepper motor, there are a lot of applications. Today, let us know some specific applications.

The dot printer uses the mechanical and circuit driving principle to make printing pin hit the ribbon and the printing medium, and then print out a dot matrix which will form characters or graphics. In terms of structure, the dot matrix printer consists of two major parts: a printing mechanism and a drive control circuit. In the printing process, there are three kinds of mechanical movement: the horizontal movement of the print head, the longitudinal movement of printing paper, the stroke movement of the printing needle. These movements are executed by some precision machinery controlled by the software-controlled drive system. Among them, the print head drive mechanism(also known as the word car agency) is to take advantage of the closed-loop stepper motor and gear reduction equipment to drive the horizontal movement of word car by a synchronous toothed belt. The step speed is determined by the number of driving pulse in a unit time. Changing the step speed will change the printed word distance. 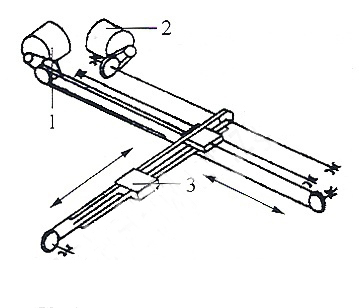 The closed-loop stepper motor can accurately convert the angular displacement into linear movement and is a typical discrete actuator. It can easily form the closed-loop and open-loop control system and cooperate with the computer for digital control, which is widely used in the diversified equipment and device to achieve the goal of controlling speed, rotation angle or position, or movement control track. For example, in the plotter, the closed-stepper motor can control the position direction of the x, y-axis in the drawing pen to make the required trajectory curve on a plane within the confinement of allowable range. 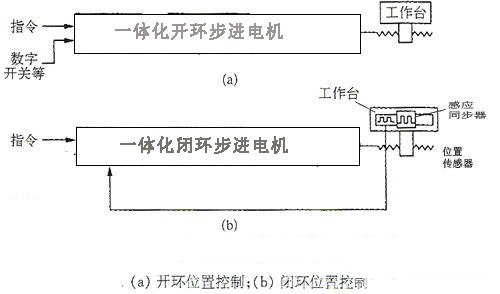 The closed-loop stepper motor can also be used as an actuator in the mechanical process equipment. Using open-loop control, the structure of the system is complex and has a motion control accuracy. In CNC Machine, to achieve higher motion or positioning accuracy of worktable or tool holder, using the encoder that can measure the absolute value of position or displacement as the position feedback is suitable.

The above example is some application of closed-loop stepper motor. Because of flexible control, good performance, reliable operation, it is widely used in medical equipment, robots, and household appliances.