You are here: Home / News and events / Energy-saving of Stepper Motor

The stepper motor is a miniature motor used for precise positioning, which equips with a drive circuit.

The stepper motor has good cooperation performance with digital control. Because it is mainly used in the low-speed field, so it has not high loss problem. Because of the development of drive technology, it is increasingly used in high-speed applications. At this condition, a high loss problem occurs.

1. The feature and type of the stepper motor

The stepper motor has PM, VR, and HB type.

PM(permanent magnet): make the magnet surface on the cylindrical magnetize the configuration of the intersection of N and S polarity on the rotor. In a real application, most of the types are claw pole PM stepper motor.

VR(variable reluctance): rotor/stator makes the structure of “gear”. Through the action that electromagnetic attracts an iron sheet, the torque produces. But the application is relatively less.

HB(Hybrid): it consists of the structure of PM and VR type. In the rotor, it has a magnet. At the same time, the surface of the rotor has a small gear structure. 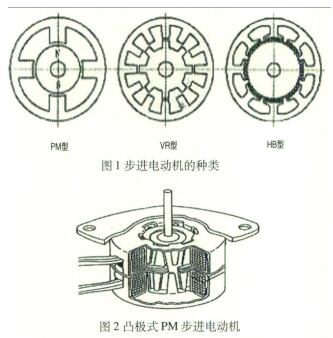 When the stepper motor is used for positioning, the requirement is a high torque, small step angle. In terms of three types, the torque of the HB type is highest, and the resolution is also high.

(1) The Structure of HB Stepper Motor

Picture 3 shows the structure of HB stepper motor. Along the axis direction, the rotor divides into two types, which have magnetic steel in the middle. In the axis direction, the magnetic steel magnetizes, which makes one end of the rotor be N pole, another end is S pole. The periphery of the rotor has many teeth. The peaks and valleys of the teeth interlace with each other. The magnetic pole in the inner rotor keeps the same distance with the teeth of the rotor. The number of the pole of the rotor is determined by the number of teeth. Compared with the PM type, multi-polarization can be achieved. 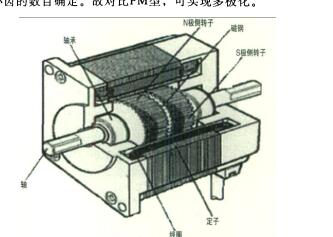 The iron core of the rotor/stator consists of lamination which is made by punching machine.

The operation characteristic of the stepper motor is expressed by speed-torque. Picture 4 shows the constant current in low rpm condition, the typical drive speed output by applied circuit at high speed. A rapid decrease in torque of the starting point is the turning point of two areas.

For the electric power supplied to the motor, the part without output power becomes a loss, which is sent out in the form of heat. The loss of the motor has expressed in the torque characteristic, as shown in picture 5. 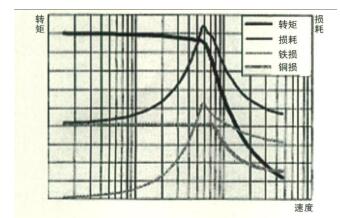 Compared with another motor, the stepper motor has many the number of poles, high frequency, and can reach up to 5khz. This is the reason why iron loss is huge. 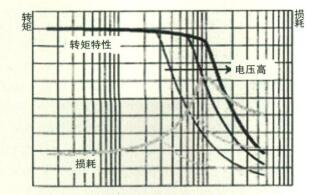 3. The Solution of Energy-saving

(1) The decrease of Copper Loss

Improving the torque is contrary to the requirement of saving energy, but as a means to decrease copper loss, it is applicable. 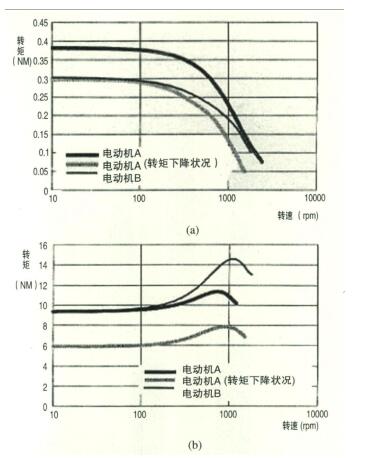 (2) The decrease of Iron Loss

The iron core of the stepper motor is made of magnetic steel which contains silicon. The silicon not only can reduce magnetic hysteresis loss, but only increase electric impedance and decrease eddy-current loss. So, on the surface of the silicon steel sheet, it should cover an insulating film.

To reduce iron loss, it is best to use a thin silicon slice which includes high silicon content. But, silicon is the main reason to reduce saturation magnetic flux destiny. To make the iron core of the same thickness, the number of silicon slice will increase, which is the main reason for the decrease of torque. So, the balance point must be explored. Picture 8 shows the result, it shows the loss of the same power. The right aside is low iron loss material, the optimal material is silicon steel 3.

(3) The comparison of laminated method

To reduce iron loss, there are many laminated methods to consider. The main cause of eddy current increase is the local conduction state in the stacking set after the blanking of the silicon steel sheet. After the comparative study, the overpressure method with minimal influence is adopted(see picture 9).